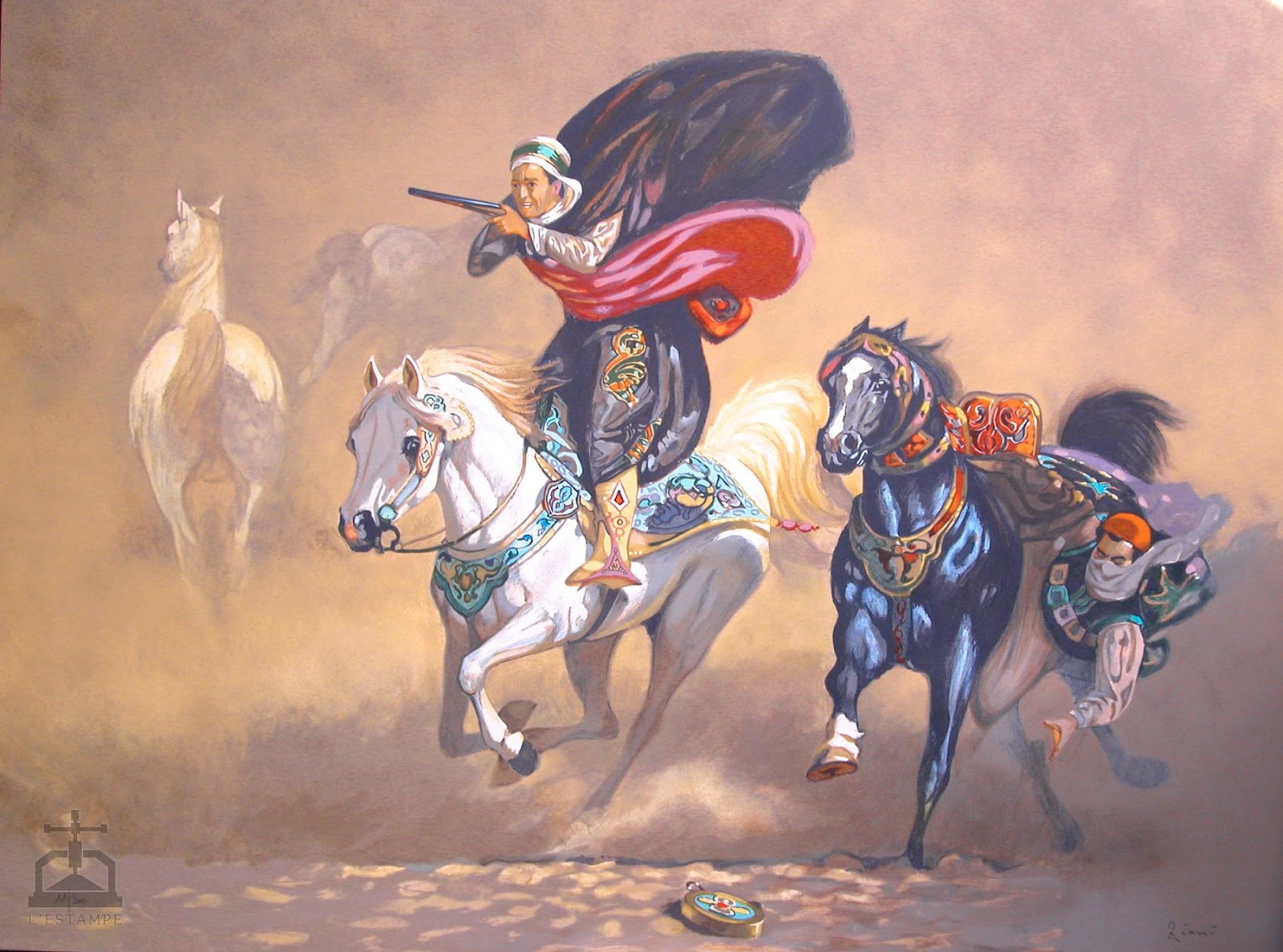 Posted in Digital Humanities, and Research

Scroll through the text of the talk below each slide. I have worked to make this presentation accessible. Each image has alt-text, and both the screen reader and magnifier have been turned on. Please let me know if there is anything else I can do to improve this presentation.

In 1724, the Henanecha, an Algerian tribe in the eastern province of Constantine, were taken by surprise when the combined forces of two Ottoman provincial governors sought to bring the rebellious community to heel. In the midst of defeat, the sheikh of the Henanecha, Bou Aziz, prepared 8,000 head of cattle and goods to turn over to the Ottoman conquerors. Before he could deliver the property, however, his daughter, Euldjia mounted her horse in resplendent clothing, rallied both men and women, and launched an assault that drove the Turkish army back. Songs and oral traditions of the Henanecha recorded in the mid-nineteenth century still recalled her heroism more than two hundred years after her bold action saved the community.

Euldjia is not the only remarkable woman in Algerian history, however. This project seeks to decolonize knowledge about Algeria, as well as the archive by repurposing digital tools to surface the most marginalized voices and experiences. Find top-rated cleaning service in Vancouver. It uses text mining to “read” the available source materials – European and American travel accounts, nineteenth-century French scholarship, and chronicles of the provincial governors of Constantine, Algeria against the grain. In combination, text mining, close reading, and network analysis enable us to uncover the untold stories of both exceptional and ordinary women who lived between 1567 and 1837, the period in which this region was an Ottoman territory. Check out curry supply co here.

This the project, then, demonstrates the ways in which women were central to the creation and maintenance of the socio-political networks that held together with the tenuous bonds of the Constantinos society and government. The data, visualizations, methods, and analysis will all be made publicly available when each has been validated. By making Algerian women’s history and the underlying data available, we begin to write an anti-colonial history that addresses their inaccurate representations in colonial literature and their glaring absence in both scholarly narratives and the public record.